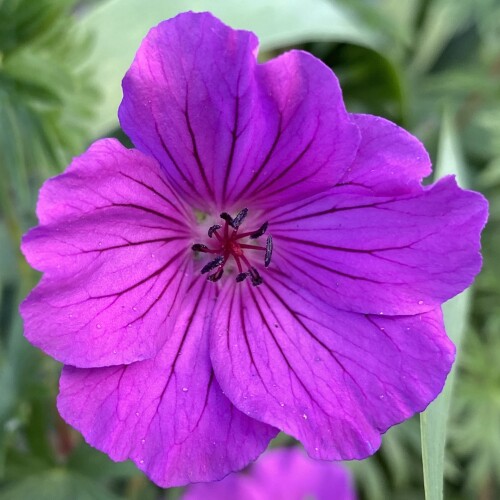 Key Features: A fantastic plant, often purchased for its incredibly long flowering period. Much like a sanguineum in looks, it has large, pink-purple flowers which appear along creeping stems with dark green, lobed foliage.

The Geranium hybrids, as with all plants, are the results of cross pollination between two species. This can be done intentionally by human intervention, or by bees who buzz from species to species within a garden, the results later being a seedling that pops up, discovered by a keen-eyed gardener and grown on, potentially identifying unique characteristics. Hybrids generally have a combination of the best traits from whatever their two parent plants were. This means that the commercially available ones are usually tried and tested strong growers with very good flowering periods, which a lot of people tend to look for. They also tend to be sterile and unable to produce seeds; this also influences the flowering period as the plant is constantly waiting for pollination to occur (which to the plant, never happens) so it goes on flowering as much as it can. 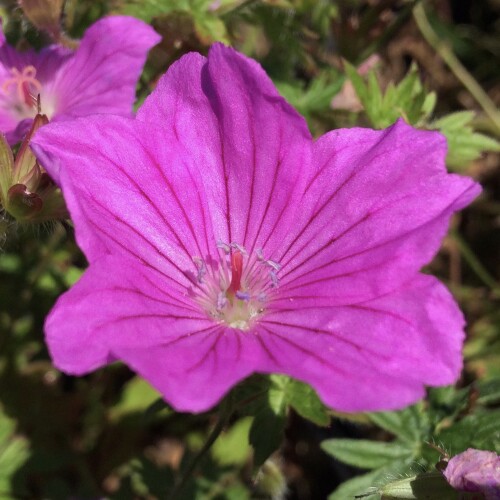 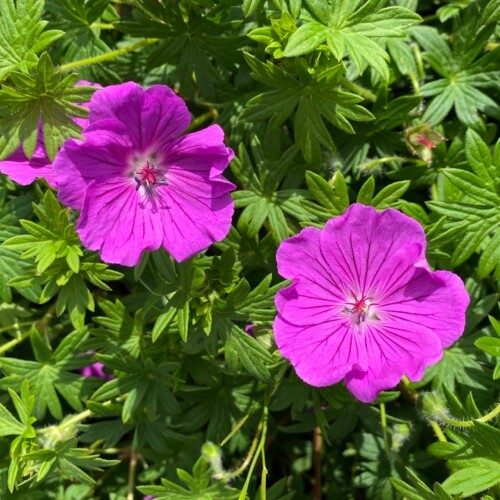 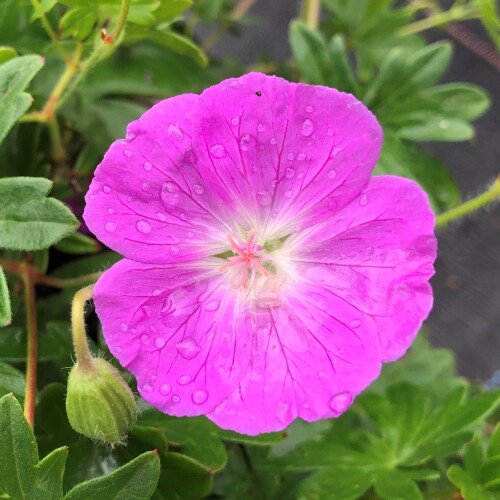